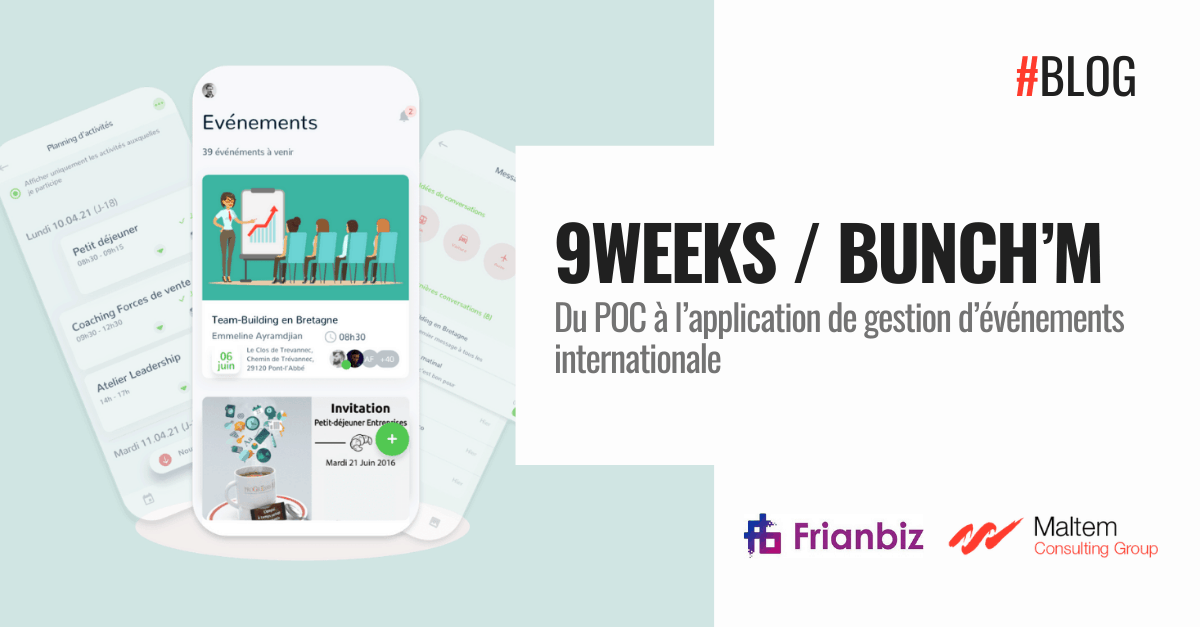 Today, Bunch'm is an application that offers organisers the opportunity to manage their events. When Arnaud Ayramdjian, founder of Bunch'm, contacted the 9weeks team, he wanted a POC (Proof of concept) to validate his project for future brides and grooms.

The development of the iOS mobile application as well as the back-end (allowing the centralisation of data) was launched. The application allowed to create an event, share photos and send messages to guests.

As the application gradually became popular, notably thanks to the presentation of the tool at various wedding fairs, new functionalities were added to the existing application, notably the management of activities linked to the event, groups of guests, and inApp purchases. In parallel, and in order to reach all guests, the development of the Android application was launched.

One year after the beginning of the Bunch'm adventure, the iOS and Android applications were deployed on the French stores.

But the collaboration between 9weeks and Bunch'm does not stop there! Thanks to the subdivision of the project and the different iterations, the application is then distributed in English, then in Spanish in order to also reach the British and American foreign guests. The messaging and authentication system was redesigned to meet new needs and expectations, allowing the application to grow and reach new market shares.

Arnaud gradually identified new opportunities, such as working with event professionals or organising company seminars. This is how a web application came to join the tools offered by Bunch'm.

Despite the health context, the application has enabled many organisers to keep in touch with their guests and pass on important information related to event changes.

The application will evolve and develop over the next few months, thanks in particular to the involvement and investment of the 9weeks team but also of the client, who did not hesitate to take into consideration the advice and recommendations made.

Today Bunch'm has over 30,000 users, with over 3,000 events organised and many more features to come.

In conclusion, a project of the scale of Bunch'm would not have had the expected result without proceeding by subdivision, thus allowing greater flexibility during development. Indeed, thanks to agility, the developments were able to adapt progressively to the client's needs, while allowing the regular delivery of new functionalities.

"I chose Frianbiz for their attentiveness and professionalism. The regular deliveries and deployments allowed me to validate a quality code but also to adapt the Bunch'm solution to new user needs.

I am very satisfied with the team's involvement and proposals and highly recommend them. 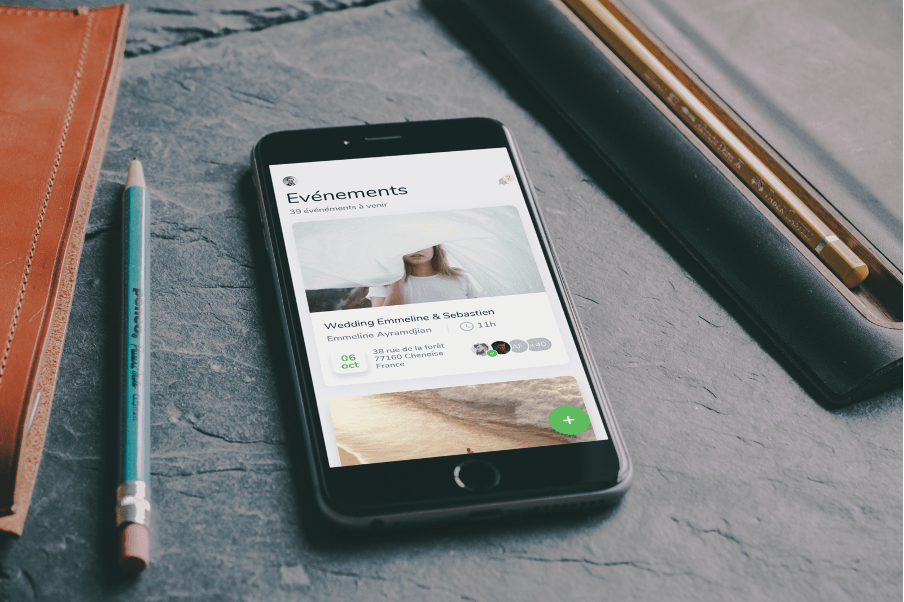